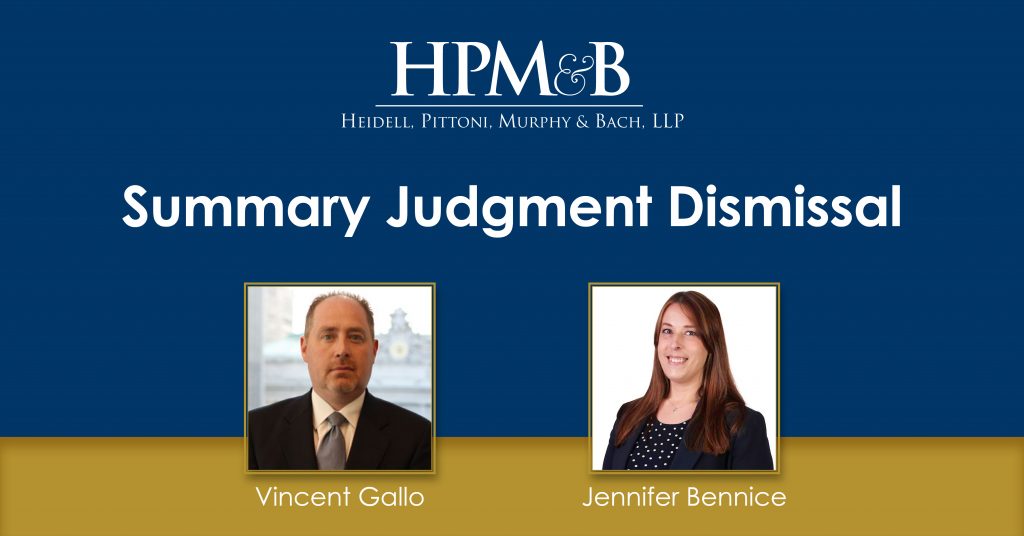 With the support of expert witnesses in Obstetrics and Gynecology and Neonatology and the Vice President of the Hospital, HPM&B established that the defendants did not depart from the standard of care in their management of the subject labor and delivery. HPM&B established that the infant did not exhibit any signs of fetal distress such that would necessitate immediate delivery until the infant was already in the birth canal, by which time a Cesarean Section was not appropriate.

Further, the defendants acted appropriately in performing an episiotomy and vacuum-assisted delivery to save the infant-plaintiff’s life and prevent significant neurological damage to the infant. HPM&B established that no negligence on the part of defendants caused or contributed to any injuries to the plaintiffs. As a result, the team was able to secure the dismissal of all claims in a potentially high exposure case.